Victory at Connexions as Unison Campaign Secures Jobs and Services

Over 100 staff at Connexions had good news yesterday after hearing that Birmingham City Council have backed down and withdrawn the threat of redundancies, stating that there will not be any more cuts to this vital service in the coming financial year. We hope that whoever is in power following the council elections in May will provide a continued commitment to Connexions.

Connexions gives help and advice to young people who are unemployed and are looking for work, college or training. They also help young homeless people, pregnant teenage girls and teenage parents.

UNISON argued all along that to make cuts to this service when youth unemployment is at an all-time high and still rising was morally wrong, reckless and irresponsible and finally Birmingham City Council have listened. 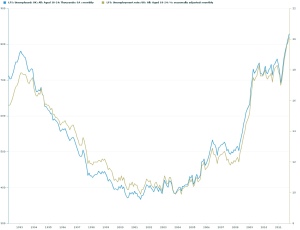 So more good news for 2012. Now we need to work from this to getting commitments the following the local elections, Connexions offices around Birmingham will be re-opened in order to help people in some of the hardest hit parts of the UK to find work and gain new skills.