Birmingham Against The Cuts was formed at the end of 2010 to fight the council and central government cuts. 2011 has been a busy year for all of us, with some truly memorable events. You can click on a picture to go to an article about it.
Tell us your outstanding memory of 2011, a year which has seen huge demonstrations around the UK, direct action, two huge strikes and of course the legwork of stalls, leafletting and petitions.
Our first organising meeting for 2012 will be on January 9th, 6:30pm, Unison Offices, 19th Floor, McClaren Building, 47 Priory Queensway, B4 7NN. Please come along to help plan campaigning for next year.

Save Our Neighbourhood Offices 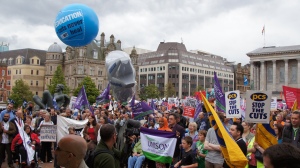 June, Justice For All

Feb, Stirchley and Cotteridge Against the Cuts meeting

Nov, Support the Strikers, They Strike For All of Us 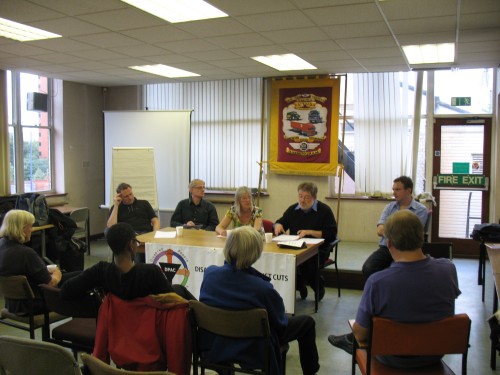 Occupy Birmingham (now in the gardens behind Centenary Square) 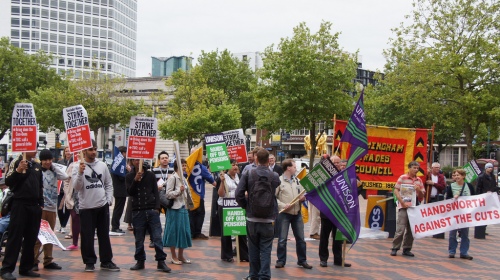 With thanks to everyone who has contributed photos over the year.
For more photos of Birmingham protests this year, see Geoff Dexter’s Flickr Page